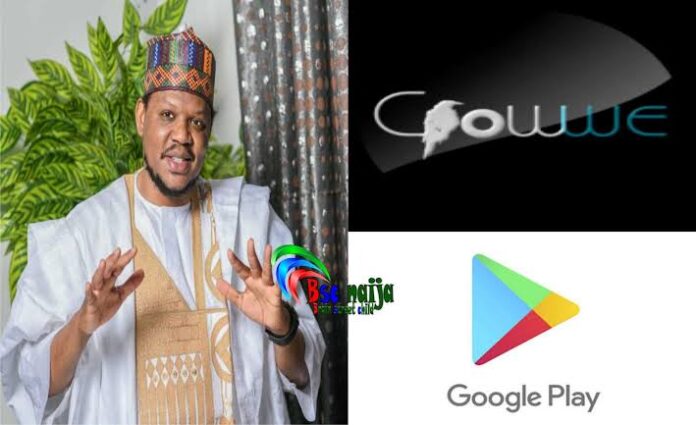 Crowwe App Back On Google Playstore

TECHDIGEST – The Chief Executive Officer of IPI Group, Adamu Garba has announced the availability of his initiated social media platform, Crowwe App on Google Playstore after a long deliberation over its deactivation from Google during the heat time of Twitter ban in Nigeria.

Garba announced the availability of the app via his facebook page and claimed that “there is no better platform in the world other than Crowwe”.

“I am not bragging, download and try it. It’s much more fluid and intuitive. It’s simply a definition of African magical innovation. Crowwe is now live on Google Playstore, we are back, let’s go” Adamu stated.

He admitted that the central mission of his Company is in shaping the future that works for humanity by putting people first and empowering them with the right technology to do more and achieve more.

“Crowwe is available on both iOS and Android store for excitement, fun, interaction, fame and fortune. With Crowwe you can build the image and identity for yourself and your own brand”, Adamu reiterated.

Recall that the social media app was said to have been removed by Google on June 14, few days after the federal government of Nigeria suspended Twitter after some aggrieved Nigerians reportedly took to Playstore to discredit the app, touting it as a readily available alternative to the banned microblogging platform Twitter in Nigeria.

The fact-check on the truth about the deactivation of the Crowwe platform showed that Google does not remove an app on its Playstore based on bad reviews rather Google considers protection of users against potential harmful apps (PHAs), hence users may receive a push notification from Google Play Protect giving them option to remove the app from their device while there is no single user who reportedly received such notification.

He said now the work has been completed, global users can testify to its quality as the app is now officially back in Google Playstore for download and day to day activities usage.