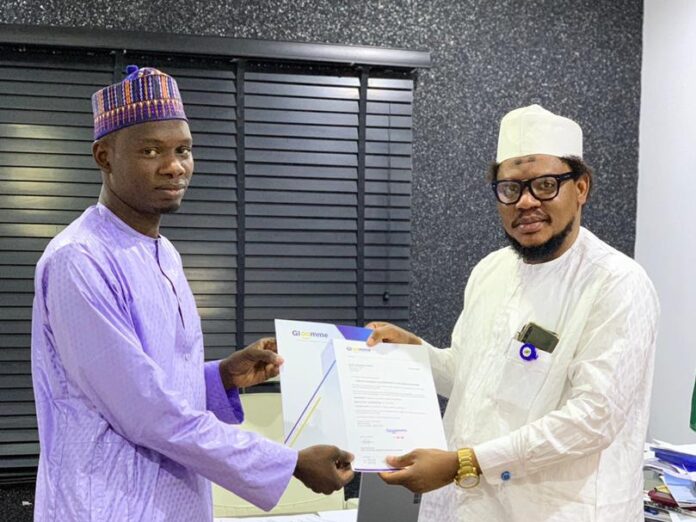 This is confirmed by Anya Afunaya, Chief Executive Officer of the company in a letter of appointment he signed on Tuesday.

“This letter is to confirm your appointment in the capacity of Coordinator on Hausa Media Programme for Crowwe, in line with all Hausa Media events and programmes to be organised; your duty is to ensure that they are properly coordinated to ensure success in promoting the brand” Afunaya said in the letter.

While presenting the letter of appointment, Adamu Garba termed Dambatta as a hardworking personnell who always shows his commitments towards the success of whatever he is doing.

He urged the appointee to work tirelessly in promoting the brand and said it’s a big challenge to Dambatta as Hausa is a language that is spoken in Sub Saharan Africa. “I have confidence in you, you can deliver it well Auwalu” Garba reiterated.

On his part, Dambatta thanked Adamu Garba for founding him worthy to appoint as one of the Company’s Coordinator and promised to commit himself in promoting the Crowwe not only in Africa but world at large.

Microsoft Tweaks The Windows 10 Setup Process with A New Customization...