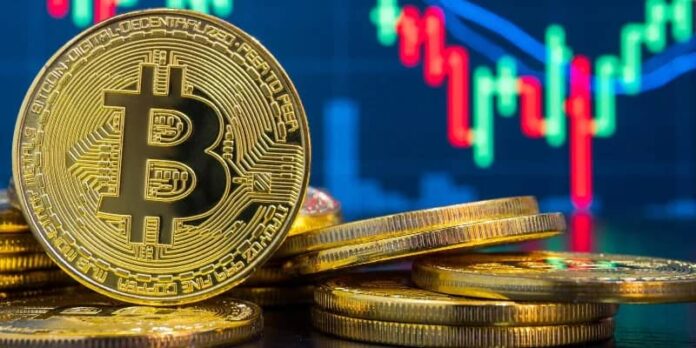 Cryptocurrency And Its Future

TECH DIGEST – Cryptocurrency is a growing global phenomenon that is vastly being embraced in Pakistan. It is a digital currency that is not centrally managed but is based on blockchain technology.

Moreover, cryptocurrency is created and managed through advanced encryption techniques that makes it more secure. Mining occurs when the transactions are recorded in the blockchain.

If you are planning to settle for any number of cryptocurrency investments, you need to consider some important factors. These include the transaction speed, associated fees, and the ability to use your cryptocurrency for regular purchases. Do thorough research to know the overall performance of the company, its reliability, usability, how secure it is, and the number of people investing in the cryptocurrency. If there is a high-level adoption, it has better liquidity.

Hugely, cryptocurrency has become more superior to most traditional physical currencies. Majorly, this is because it does not require too much infrastructure to work. Transactions and mining are the major cryptocurrency operations. Let’s take the example of Bitcoin; it can be stored on a phone, computer, or cloud. The advantage of Bitcoin is that it is secure and hard to forge. The creation of Bitcoin is a complex process and so it’s hard to manipulate the system. Therefore, it is not easy to compromise the Bitcoin currency.

There is a high potential for cryptocurrency, which will evolve with time. In some countries, cryptocurrency is readily accepted as a store of value, however, it may not be fully ideal for transactions if there are better alternatives. To highlight further transparency, countries need to disclose investments made in cryptocurrencies, since it will help companies to have crypto on their balance sheets. This will be beneficial for countries that are dealing with crypto assets and are not sure of how to put them in the books.

Surprisingly, some big companies like Tesla, Paypal, and Mastercard have invested in Bitcoin cryptocurrency because of the benefits it brings. A major advantage of using cryptocurrency is that it makes it easier to pay employees more conveniently. For example, if you have many remote employees in different parts of the globe, you will have to convert your local currency into dozens of international currencies to pay your employees. Hence, with cryptocurrency, you get instant transactions with minimal fees.

Cryptocurrency has made crowdfunding and raising capital more transparent and opens the ability for people to publicly ask and seek for funds or donations. The total amount of donation remains open to the public. It is one of the best forms of payment and for business equity. Another major advantage of cryptocurrency is that it has a significantly lower transaction cost than most traditional methods. However, the success of cryptocurrency depends on the appropriate technology, consumer demand, corporate champions, and the regulatory environment.

The impact of cryptocurrency can be relayed on the probable financial stability risks that may arise from crypto assets and stable coins. However, its drawback is that crypto-assets lack the key attributes of sovereign currencies. Which is why not many people are ready to use it for payment or to make transactions, as it has not been fully accepted as a mainstream form. Another major drawback to cryptocurrency is that its future depends on the ability to deal with issues such as the value of cryptocurrencies, yet there is no central authority to ensure its smooth-running.

If cryptocurrency is fully embraced worldwide, it can lead to high economic growth. For starters, it will lead to a rise in economic activities that people will engage in. Moreover, cryptocurrency doesn’t require too much storage infrastructure and grows tremendously. Hence, with the right knowledge, anyone can engage in its trading and lead to reduced unemployment rates. Cryptocurrency offers better financial opportunities for countries with unstable banking systems. Some countries don’t have access to basic banking services; so cryptocurrency can help fill the gap of loans, calculating interest rates and payment schedules. The advantage of cryptocurrency is that it has a variety of apps and programmes that help trading to be done freely across borders.

In addition, cryptocurrency is helping out the economy because of its low transaction costs. Hence, it can easily outdo the traditional methods, as there will not be a need for employee wages, bills, or other operational costs. So, money that could be used for infrastructure can be used in other ways too. Digital currency brings out transparency when carrying out transactions. Cryptocurrency is helping more entrepreneurs embrace more currencies. It will be easier to carry out business and trade.

The mining and trading of cryptocurrency are widely accepted in the legal grey area in Pakistan. According to web analytics, Finance and Coinbase apps are some of the most popularly downloaded apps. However, cryptocurrency is being used for crime such as international terror financing, extortion, and ransom. Militant groups are easily calling on supporters to donate using digital currency. Despite this, in some years to come, cryptocurrency will be fully embraced in most countries around the globe.

Cryptocurrency is not only vital but will be a major player in the economy of Pakistan. The major transformation that cryptocurrency and blockchain technology are bringing is the exclusion of most of the mediators in the vast financial system of Pakistan. People are embracing cryptocurrency because of its minimal risks; it doesn’t have a definite owner, there is demand for it, and major functions of ordinary money are assigned to digital coins. Pakistan is readily embracing cryptocurrencies even with plans to explore a new digital coin – to boost financial inclusion, reduce money laundering and terrorism financing.

Investing is a risky process and should not be rushed. You need to make an investment decision after spending a significant amount of time researching the investment opportunity. Cryptocurrency is being adopted because of its high volatility, 24/7 availability, rising popularity, an enormous array of assets, and leverage trading. However, the disadvantage is based on decentralization and higher risks. Using cryptocurrency is a great option if you have all the basics with a high recommendation in your country. Choose the best digital currency that will serve you and your business in an effective manner.
Cryptocurrency growth in Pakistan is high with the acceptance of digital currency, mining firms, own digital coin, and government support. However, there is still a need to curb the crime associated with digital currency. For this, awareness should be created to ensure its users do not fall to malicious people.

Twitter: @imranbatada The writer is director of the Centre for Information and Communication Technology at IBA.

The Return of Twitter and Restoration of Sanity in Nigeria