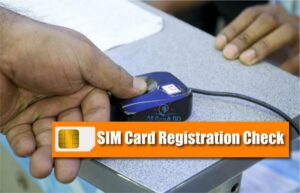 In a statement on Friday, Isa Pantami, minister of communications and digital economy, said the extension was endorsed by President Muhammadu Buhari on Thursday.

The minister said there are 189 million registered subscriber identification module (SIM) cards in the country.

Of this figure, he said 150 million have complete registrations while the remainder has problems of improper registration.

“Based on the updates of the NIN-registration process, over 51 million people have been assigned NINs. There are many people, who have enrolled and are in the process of being assigned NINs. With each individual having an average of 3 to 4 SIMs, the total number of SIMs tied to NINs would be close to the total number of registered SIMs in the country, ” a statement jointly signed Ikechukwu Adinde, director of public affairs, Nigerian Communications Commission (NCC); and Kayode Adegoke, head of corporate communications, ​National Identity Management Commission, read.

“The current number of monthly enrolments has increased significantly to about 2.6 million registrations. There has also been a remarkable increase in the number of enrolment centres across the country with about 3,800 centres available for enrolments. There are also many more new centres in the pipeline.”

The extension was arrived at the Thursday meeting of the ministerial taskforce on NIN-SIM registration chaired by Pantami and also had industry stakeholders in attendance.

According to Abdulrasheed Bawa, chairman of the Economic and Financial Crimes Commission (EFCC), the NIN-SIM linkage would support the federal government in checkmating the activities of fraudsters and cybercriminals.

January 19 was the initial deadline, but it was moved to February 9, April 6 and now May 6.

Nigeria Will Not Import Telecom Products That Can Be Manufactured Locally, Says Pantami

Data Protection Is The Nucleus Of Digital Economy

NITDA To Support AREAI On Digital Innovation For Rural Communities

A timely ‘Code of Practice for Online Platforms in Nigeria

Nigeria Will Not Import Telecom Products That Can Be Manufactured Locally,...