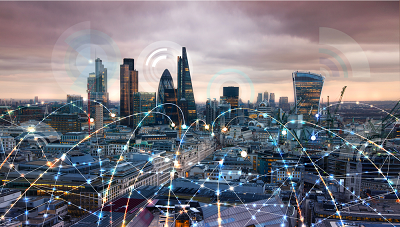 Osun state is arguably one of the most gifted states in Nigeria.

Popularly called Ipinle- Omoluabi , Osun state has grown to become a Force to reckon with when it comes to Educational advancment and institution growth.
With over fifteen Tertiary institutions, the knowledge output in the state cannot be joked with.

Some of Nigeria’s best institutions are in the state. Talk of Obafemi Awolowo University (Formerly University of Ife), Federal Polytechnic Ede and many other top notch institutions.

With close to two hundred thousand students patronizing Tertiary institutions in the state, there maybe no state that would boast of such atleast in Nigeria.

Thus foundational findings will lead us to believe strongly that Technology and Information Technology Penetration can start with Osun state as a hallmark for such.

We should not forget that young minds are the one doing well and excellent in the field of Technology.

Severally, institutions in the state have produced people who at various times have come up with innovations in the realm of Technology and Information Technology.

The ability of the state to be at the centre of idea growth and development cannot be underemphasized.

Having gone round the country and with the impressive strides in terms of Technology advancment in Lagos & Abuja , Technology can be a massive foreign investment drive helper in Osun state.

Developed/ Developing countries of the world now see Technology as the major solution to variants of problems facing them and the Osun state can be another giant in such manner in Africa.

Personally, being from Osun state, I wish to see a state that would command the next set of best brains, incubating organizations and lots more in the country and beyond.

Having spent a good number of years spreading the gospel of Technology and Information Technology, the potentials in the state are huge enough and that which must be harnessed.

Olanrewaju Oyedeji is Creative Director of Nigerian Technology Market. He is accessible via [email protected]

ABOUT US
TechDigest is your tech news portal. We provide you with the latest breaking news and videos straight from the tech industry.
Contact us: [email protected]
FOLLOW US
© 2020 TechDigest.NG. All Rights Reserved.
MORE STORIES
Interview

Why We Are Grooming Kids On Robotics And Coding – IntelBox...