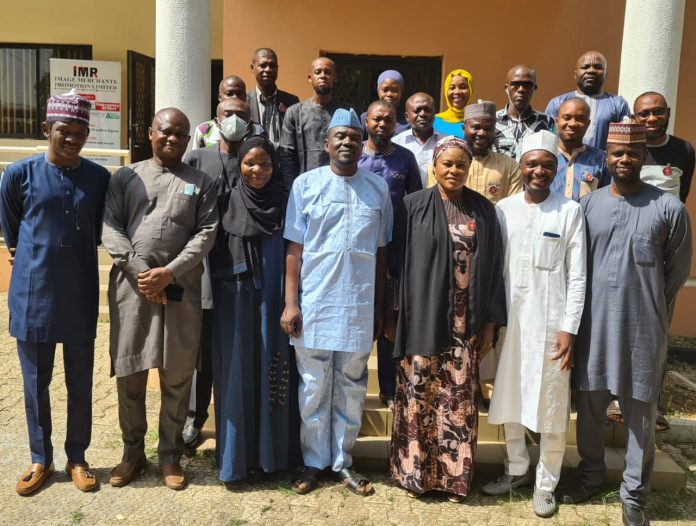 TECHDIGEST – Journalism, like every other profession, has to keep evolving and unravelling to meet up with changing times. The profession in Nigeria has a unique history, that is similar to the country’s political evolution.

The Nigerian media played a key role in the colonial era, in helping to drive the British imperialists away. They also played a similar role in the days of military, to help drive the soldiers to the Barracks and for democracy to take shape.

Media professionals are needed in Nigeria to keep informing, educating and holding the government accountable to the people. But they can’t do this effectively if they lack the skills to detect fake news and lack the knowledge and patriotism to balance their reportage with national priorities.

NITDA is responsible for coordinating Nigeria’s Information Technology sector and implementing the information technology policy of the Federal Government.

NITDA as the regulatory agency of information technology in Nigeria, is committed to the expansion of the digital space, the development of the journalist’s human capital and the promotion of robust, digital based journalism that serves the best and wider interest of the nation.

The agency has identified 7 strategic pillars to be crucial to the development of the digital economy. These pillars are: Development Regulation, Digital literacy and Skills, Digital Transformation, Digital innovation & Entrepreneurship, Cybersecuriy, Emerging Technologies and Promotion of indigenous Content.

NITDA, therefore in collaboration with the Image Merchants Promotion Ltd (IMPR) – Publishers of PRNigeria and Economic Confidential – and Penlight Centre for Investigative Journalism, recently organised a 3-day digital training for journalists in Abuja.

The training workshop, according to NITDA’s Head of Corporate Affairs, Hajiya Hadiza Umar, was part of efforts meant to equip journalists with modern available tools and ethics required to do their jobs better and also serve the country effectively.

Declaring the Workshop open, Hajiya Hadiza admonished the participants to ensure that the knowledge acquired in the course of the training is beneficial to them in particular and the country at large.

She said: “There is no doubting the fact that we are in a digital era where everything is now based on computer and internet. It is therefore of interest to us at NITDA for our journalists to take advantage of avaible digital tools to do their jobs effectively and serve the country better.”

She however added that: “The digital era has come with its challenges, one of which is the overbearing presence of social media. Of course the unregulated  social media is a free market place where anything and everything goes – fake news, toxic contents, hate speech and inciting narratives – because there are no gate keepers or regulators to direct the traffic. The theme of this Workshop which emphasizes ethical reporting and the use of digital tools to detect fake news, is therefore very apt and timely.”

The chief executive officer of IMPR, Alhaji Yushau Shuaib, eulogised the Minister of Communications and Digital Economy, Prof. Isa Ali Pantami and the Director General of NITDA, Kashifu Inuwa Abdullahi, for their unrelenting effort in bridging the digital divide across the country.

While encouraging the participants to pay  attention to every detail they are taught, he expressed optimism that the outcome of the training would be impactful and beneficial to the participants.

In his session, Shuaib shared his decades of experience with the participants and exposed them to how they can take advantage of social and online media to do their jobs better and avoid fake news and negative reporting that seem to be the disadvantage of the digital age.

In his own presentation, Dahiru Lawal, a fact-checking expert and author of “101 Fake News on EndSARS,” took the participants through how they can make use of digital tools to cross-check facts, verify pictures and videos before going to press with any piece of information at their disposal. In a very practical session, he taught the audience how to use Reverse Image Search, Google Earth and other tools to detect fake news, fake pictures and fake videos.

In his very interactive session, Abdulrahman Abdulraheem reminded the participants about the key ethics journalism and how to ensure responsible reporting. Using the Nigerian Press Council (NPC) standards, he reminded the participants about the ethics of factual reporting, objectivity, fairness, balance, political neutrality, respect for privacy, protection of minors, editorial independence, protection of sources, avoidance of gratification among others.

While the participants had a robust debate about the practicabilty or workability of some of the above ethical provisions based on theIr experiences and the challenges they face on the field, the presenter also told them to strike a very good balance between sensational reporting and protection of public interest. He told them to often think twice while covering some sensitive beats like communal clashes, security agencies, Government Houses, and avoid story angles that tend to spread hatred or division, incite people or aggravate an already bad crisis situation, even if those stories are true.

The above point caused a lengthy debate, with some participants insisting that all the reporter owes the society is fidelity to the truth and nothing but the truth, and that they an go ahead and write anything, from any angle irrespective of the consequences on the larger society. At the end of the presentation, the audience finally agreed that at all times, the country has to come first because there have to be peace and stability before the components  of the society like the media can function.

There were also other interactions and questions and answers sessions, where journalists compared notes and shared practical on-the-job experiences.

At the end of the workshop, participants were presented with certificates of participation and urged to put the training acquired into practice for the betterment of the profession and development of the nation.

Will University Certificates be Required in 2035?