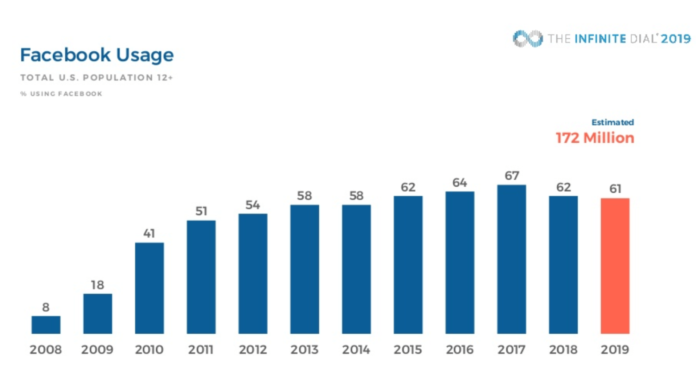 NEWS DIGEST – The world largest social media platform Facebook is losing a large number of young users as about one in four of them had removed the app from their smartphones in the past one year, a new Pew Research Center survey.

The survey found that a whopping 44 per cent of users aged between 18 and 29 have removed Facebook’s app from their phones in the past 12 months, and about 42 per cent have taken a break from checking the platform for several weeks or more.

The findings coincided with Facebook Chief Operating Officer Sheryl Sandberg’s appearance before a U.S. Congress hearing on Wednesday on how Facebook addresses political content on the platform.

Facebook has been under heavy scrutiny for the way it handled privacy issues and misinformation activities over the past months since a scandal erupted earlier this year following revelations that a former British consulting firm Cambridge Analytica had illegally accessed data of more than 87 million Facebook users without their knowledge.

The Pew surveyed more than 3,400 U.S. Facebook users in May and June, and found that more than 54 per cent of users aged 18 and older have adjusted their privacy settings.

The number of young people who deleted their Facebook app is about four times higher than that of users who are 65 years and older, with about 12 per cent senior users quitting the app in the past 12 months, said the Pew study.

Older users were less frequently adjusting their privacy settings with only a third of them doing so, in comparison with the 64 percent of younger users more willing to do the readjusting.

An estimated 9 percent of Facebook users have downloaded the personal data about them after Facebook updated its privacy settings to make it easier for its users to download the data collected by the social media site, according to the Pew study.

The survey showed that among the users who have downloaded their private data from the Facebook platform, nearly half of them, or 47 per cent, have dropped the app from the cell phone.

It showed that majority 79 per cent chose a higher level of security options in their privacy settings in the wake of the Cambridge Analytica scandal.

Global Industry Gears Up For GITEX 2021

Era Of Malpractices In UTME Is Over, Says JAMB Registrar

PIN Asks Court to Stop NCC from Disconnecting Over 100 Million...

ABOUT US
TechDigest is your tech news portal. We provide you with the latest breaking news and videos straight from the tech industry.
Contact us: [email protected]
FOLLOW US
© 2020 TechDigest.NG. All Rights Reserved.
MORE STORIES
Event