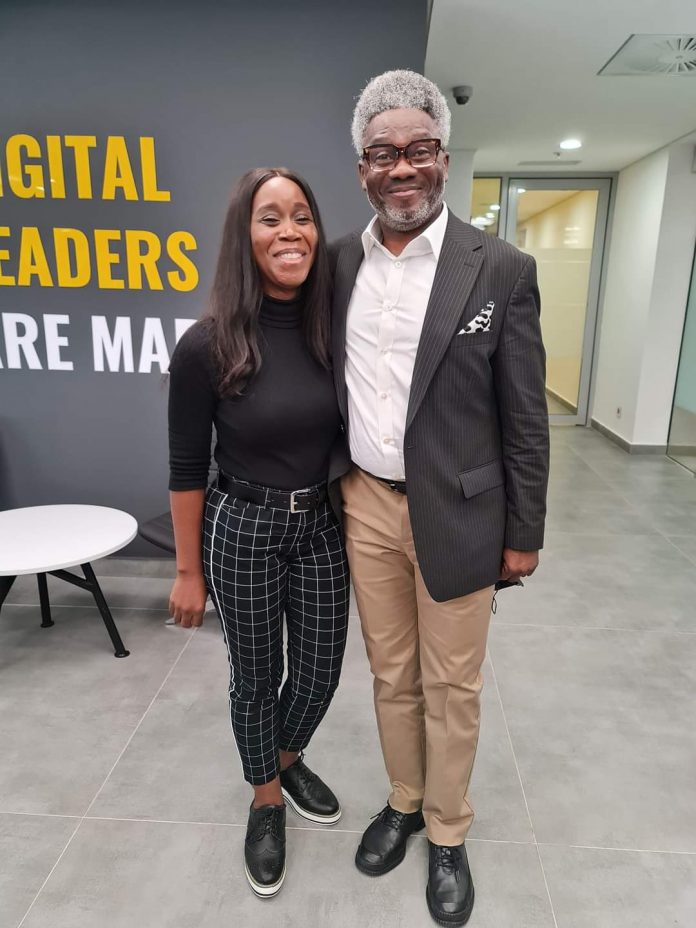 Reconnecting with Like Minds on leadership intelligences
By Omoniyi Ibietan

TECHDIGEST – Exactly 30 years ago, Odunayo and I represented our University at the future leaders seminar in Obasanjo Farms. The African Leadership Forum had organised the seminar in partnership with Friederich Neumann Foundation of Germany, rallying 100 students drawn from Nigerian universities, polytechnics and monotechnics to a discourse on leadership.

Earlier, we both forged alliance with like minds, to establish the first social group at our school, Penpoint – a press club which we used to illuminate the fabrics of the new campus, where we were pioneer students. We named the club after a similar one which operated at Makerere University, Uganda, where Prof. Ngugi Wa’thiongo, had played active role with his colleagues, many of who became leading lights of the African Writers series, an enviable literati that has enriched our civilisation.

So, this morning, I got a great feeling of nostalgia as Odunayo and I appeared at West Wing, Ozumba Mbadiwe Avenue, Lagos, as speakers at the 2021 Retreat of Identita Digital Concepts Limited, a strategic branding and digital transformation group comprising Identita Brand Concepts Ltd., Virtual Events Ltd., and Kwusaa Media Ltd, founded by Ugochukwu Ezeagwula, who is also the group’s CEO.

We had a great time as every speaker ‘confessed’ to having the benefit of learning something new, right at a forum where we all have been invited to share our stories as supposed thought leaders with interesting histories, and to speak on strategy as well as leadership intelligences to staff of Identita for them to glean and utilise for better performances in 2022.

Same story for practically all the speakers. One of us studied agricultural economics but now immersed in fintech. Another, who studied electrical engineering, had proceeded to study in leading centres of learning in Europe and North America, focusing on financing and marketing. I lost count of his degrees as his citation was being read.

Someone asked me how despite disruptions to my studentship I made distinction at journalism school and graduated atop my class at subsequent levels of studentship. I had no explanation other than the words ‘focus’ and ‘luck’. But I was honest and frank enough to say that, when I found myself outside our shores as a student, I divided the day into three, and spent 8 out of 24 hours in the library, sometimes I spent 10 hours without realising I had stayed in the library that long because I was in the right mood and other resources, including the needed environment, were just right.

On intelligences, I said among other suggestions, that there is no surefire model because information sharing, communication, and knowledge acquisition occur in contexts and are therefore situational. Indeed, global models nuanced as best practices, are better utilised when domesticated. My friend and brother, Dr. Benjamin benedict  Ekwoaba, will call it ‘glocalisation’.

I told my audience that it is mandatory that they read at least 12 relevant books in a year (one per month), however busy they may be. The reason is simple: “Reading furnishes the mind with the materials of knowledge”. On time management, I spoke about the social media debacle, and why time spent online must be structured and allocated properly, even in polymediation (inter-platform digitally mediated sociality), and where their official duties are connected to social media presence. Indeed, somethings are important and urgent, others are not. It takes a discerning mind to figure them out and prioritise accordingly.

On strategy, I raised rhetorical questions. What do we want to do? How are we going to do it? Who’s going to do what? When is it going to be done? At what cost? Those ‘inquiry’ by my reckoning are the central strategic questions. I particularly alerted my audience to activity trap, what Odunayo called ‘motion-no-movement. I also insisted that there’s need to avoid any trap purposively created by incompetent people to hide their deficiencies. I submitted that once such thing is spotted it should be dealt with skillfully otherwise, it will toxify the team and stymie movement to goal attainment.

As all the speakers agreed, if an activity cannot be measured, chances are that it is not central to the accomplishment of strategic objectives. And while we have to take decisions, we must be wary of faulty strategic assumptions. I cited instances from Mark Hollingworth’s book, ‘Strategic Assumptions’, to undertake perspectival stretches of contention.

Importantly, I insisted that at every critical juncture where there are challenges, it is wise to pause and ask again: Where do you want to go? What changes do you need to make to get there? How do you measure progress made? We cannot discount measurements, and it can be done internally and externally. Indeed, the external lends itself to more objectivity.

We all reasoned that Steve Covey remains evergreen and relevant in his conception of actions of highly effective people. The forum reiterated that doing the right thing is effectiveness, while doing things right is efficiency. We settled for the former because it is complete folly to do the wrong things rightly. Ultimately, what is wrong is wrong and no euphemistical characterisation or description can make right, what is inherently and fundamentally wrong.

The future is here, the philosophers have interpreted the world, our obligation is to act.

Merry Christmas dear friends. May you all receive graces in 2022 and onwards. Cheers!

Seven Ways Tech Can Help To Get You On Track With...

Omoniyi Ibietan - January 22, 2022 0
Seven Ways Tech Can Help To Get You On Track With Your Resolutions TECHDIGEST - Technology can help you get those fresh opportunities and goals...

Implications Of Pantami Saga For Deradicalisation And National Security

All you need to know about the recently launched Nigeria Jubilee...